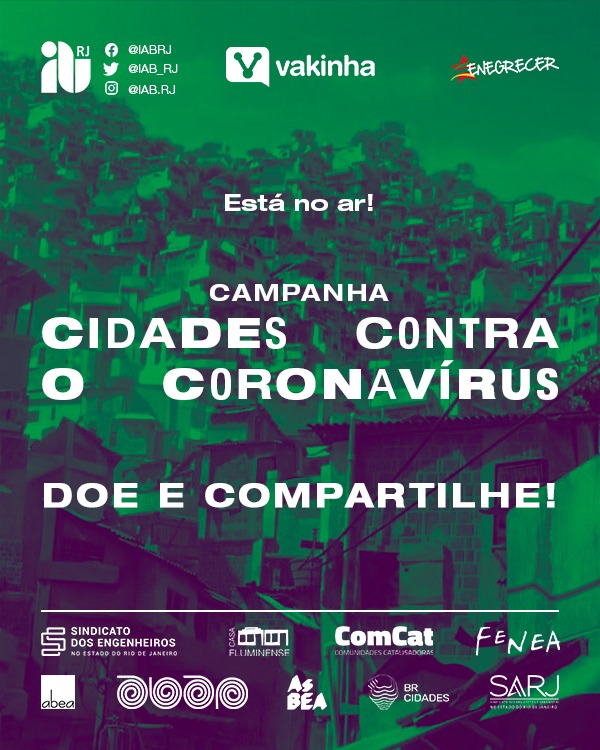 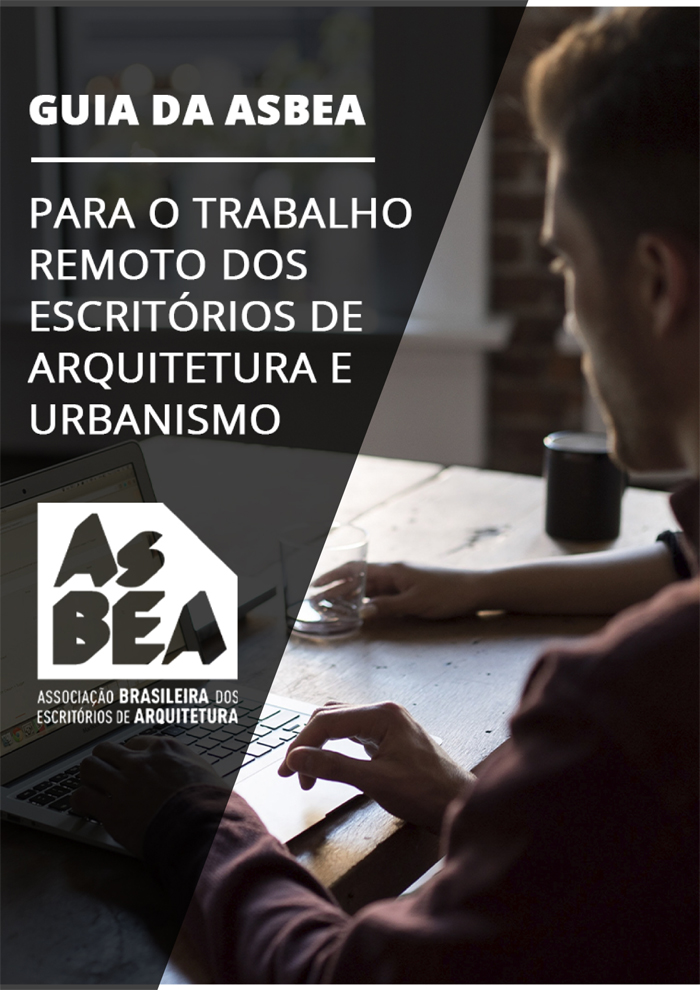 Just when you thought Bauhaus nostalgia had gone over the top in terms of recent publications and events, this book of 50 design exercises hits the market. And it couldn’t be more welcome. These exercises, some meditations really, comprised what Johannes Itten, Laszo Moholy-Nagy, and Josef Albers demanded their students execute with pencils, art paper, and photography. Call this a manual of “design calisthenics.” Many of these visionary exercises have become commonplace in contemporary art and architecture curricula. Of those most revelatory and still largely ignored in academic training are the tactic sensitivity prompts of Moholy-Nagy. Don’t dream about the Bauhaus. Do it. This is how.

This book’s title ensures brisk sales – but it is considerably more than its title promises. Williams and a team of 20 women architecture students at XITLU University in Suzhou, China, interviewed 20 leading Chinese architects (none of whom find their gender a barrier worthy of much attention). These architects share perhaps only one overarching focus: the synthesis of Western architectural education with traditional Chinese aesthetics and philosophy. Lu Wenyu, wife of Pritzker Prize-winning Wang Shu, and partner in their firm Amateur Architecture Studio, speaks for many in her desire to keep Chinese identity strong in her work while keeping in mind an international frame of reference. Brilliantly organized around in-depth biographies, interview responses, and refined architectural photography, this is an essential overview of new directions in Chinese architecture.

About 150 women architects are showcased in Hall’s book, each with a brief biographical sketch accompanied by a fine photograph of one of their representative works. So the book is all about breadth, not depth. Yet the directness and simplicity of the format (A-Z format, coffee table size) makes it ideal as a recruiting tool to bring more women into the profession – an ideal gift for a young woman unsure of a career direction that might bridge art and science. Hopefully this book will inspire more efforts to finally give women in architecture their just place at a welcome table.

How can a book do justice to the monumentality of the largest rail transportation hub in the world? The book’s treasure trove of preliminary sketches, models, renderings, drawings, and photography convey the staggering scope of this Mother of all infrastructure projects. The mastermind behind this colossus of a station symbolically and literally linking Hong Kong to the Mainland, Andrew Bromberg, doesn’t disclose any epiphanies beyond his love of hiking. The immediate genius of what Bromberg and his team of 50 created is apparent in the swooping roof that invites commuters to hike from underground high speed train platforms, and then climb stairs as if ascending Hokusai’s “The Great Wave.” At the top they can sit and experience elevating, heart-stopping views of the Hong Kong skyline.

Heroic architectural storytelling? This is it. There were over 3,000 churches built in Poland between 1945 and 1989. They were designed by architects working as volunteers and built by informal volunteer construction crews over weekends. Budgets were unthinkably meager. Sites were often undesirable. Materials were scavenged. All of this work was done in a politically hostile (or at best indifferent) atmosphere of bureaucratic torpor. Through interviews with the designers and builders, and with an array of church photographs, the authors create a master narrative that shows how architecture and religion combined during this period to reveal the better angels in architects and their compatriots. A stirring and inspiring book revealing architecture “under the gun” as a catalyst of community reform.

Ruin and Redemption in Architecture by Don Barasch (Phaidon, $59.95)

Barasch is that rare architectural writer who combines being an unabashed romanticist with being a seriously dispassionate researcher. Like the poet Robert Browning who wrote “Love Among the Ruins,” Barasch finds deep beauty and meaning amidst obscure traces of historic decay. But he also is hard-headed enough to discuss why not every demolition destroys a Penn Station. By organizing his well-illustrated building tales around the categories of “Lost,” “Forgotten,” “Reimagined,” and “Transformed,” he offers an invaluable overview of how architectural analysis balances contemplating the transitory and the apparently lasting.

New York City row house history is a saga of the rises and falls of NYC’s rich and poor, of timid and visionary city planning, of the vagaries and trends of European and American residential styles. Charles Lockwood (1948-2012) magnificently wrote this Gotham row house saga originally as an undergraduate thesis. It has gone through multiple editions over the decades, and this new edition keeps fidelity to the vision of its late author’s original creation. New York row houses reflect such a rich stylistic range encompassing the Federal, Greek Revival, Italianate, Second Empire, and a motley collection of the unclassifiable. You could teach an outstanding course on the history of American home design using this coffee table book as a key text. Finely detailed descriptions are linked to hundreds of spellbinding photographs, making this vital.

Someday the full extent of William Morris’s contribution to biomorphic design will be realized. And in that future time there will be a heightened awareness of how his sense of interior design, “to turn a room into a bower,” ushered in a fresh phenomenology of architectural design. Meanwhile, feast on these 100 examples of stylized flowers that are lovely in alchemizing Persian carpet patterns and Indian textile designs with landscapes out your window or blooming profusely in your dreams.

Here is a practical primer to help architects understand the perspectives of developers – and visa versa. Filled with complex economic information told in a completely winning conversational style, Stevens has crafted a book of interest to us with nary a hope of a developer’s financial clout, a text for anyone involved with how architectural idealism translates into architectural realism. And does so by writing a long-needed overview of how an architect’s vision becomes materially realized, step-by-step, through concrete (forgive the pun) financial decisions.

Few challenges urban planners face anywhere can be more daunting than cultural preservation. Economic, political, and social pressures easily become entangled as various stakeholders with various definitions of “culture” argue over city design. In this mammoth overview of urban conservation strategies for the ancient Pakistani city of Lahore, Jodidio and the brain trust at the Aga Kahn Foundation set out a dynamic framework for protecting cultural treasures while ensuring a progressive evolution of modern infrastructure to improve public health, and opportunities for both informal and conventional entrepreneurship. Even readers more involved with their local U.S. planning and zoning boards than with Pakistan can find useful food for thought in these sweeping plans for urban renewal.

Norman Weinstein is the author of “Words That Build” – an exclusive 21-part ArchNewsNow.com series about writing as a keystone of a successful architectural practice. He’s authored several books of poetry and books about music and literature. Weinstein is currently learning weaving in order to deepen his understanding of architecture, music, and poetry. He can be reached at nweinstein25@gmail.com.

Far away on the outskirts of a town in Southern Mexico lies the world’s first 3D-printed neighborhood. It is an area of 500-square-foot houses built by a gigantic 33-foot-long 3D printer.

RELATED: A FAMILY IN FRANCE BECOMES THE WORLD’S FIRST TO LIVE IN A 3D PRINTED HOUSE

The project is the brainchild of not-for-profit New Story. The organization aims to find a solution for the 3 billion people who will be living without access to adequate shelter by 2050.

“We feel like we’ve proved what’s possible by bringing this machine down to a rural area in Mexico, in a seismic zone, and successfully printing these first few houses,” said Brett Hagler, CEO, and co-founder of New Story, to Fast Company.

The firm claims to research “breakthroughs in homebuilding.” That’s why it partnered with Austin-based construction tech company Icon to develop a 3D printer that could tackle even the most extreme conditions.

Icon’s printer, Vulcan II, is now helping print 50 Mexican homes. The new resulting neighborhood will be the first to use this technology at scale.

The area where the homes are being printed has a high risk of earthquakes. Therefore, the new homes had to go through several engineering structural tests.

However, the printer performed well when it came to creating the homes and better yet it did so autonomously. Although minor adjustments to the blueprint could be made on site.

The machine even allows multiple houses to be printed simultaneously. The final homes have two bedrooms, a living room, a kitchen, and a bath.

“For a majority of the families, this is the first time ever that they will have indoor restrooms and plumbing and sanitation,” said New Story co-founder Alexandria Lafci. New Story partnered with the local government to ensure the homes went to the 50 families most in need.