The biggest temptation is to jump right in. There are solutions that come to you. There are images that spontaneously appear. My method is rather to hold back as long as possible, to really imagine it spatially, so to be sure I have something to say.

Award winning documentarian and critic Matt Tyrnauer (director of Valentino: The Last Emperor, Citizen Jane: Battle For The City) has released a new documentary taking a look into the mind of world-renowned architect Jean Nouvel and his design process.

The footage captures Nouvel working through problems at all scales and in all stages of his process: from conceptualizing, to sketching, to deciding the hue of the stones to be used in the galleries of the forthcoming Louvre Abu Dhabi, as he explains the inspiration behind his landmark works.

More information about the documentary can be found here.

To approach an institution and campus like the United States Air Force Academy is to be awash in metaphors made concrete. The original campus by Walter Netsch of Skidmore, Owings & Merrill (SOM) was conceived as a theater of discipline in the rocky mesas above Colorado Springs. There, using a seven-foot grid module inspired by tatami mats, Netsch produced a thickened, rectilinear landscape punctuated by the virtuosic 1963 Cadet Chapel. Sited across the honor court, and just offset from the view corridor Netsch sought to maintain between the chapel and Creation Rock to the north, is the 105-foot glass and steel skylight of Polaris Hall, the new home of the Academy’s Center for Character and Leadership Development (CCLD) designed by SOM.

Aligned toward the star for which the building is named, the protruding skylight works as a metaphorical moral compass, bridging that distant point with an oculus that pierces the ceiling of a maple-lined conference space that serves as the honor boardroom at the core of the building. Inside, seated beneath the room’s sole source of natural light, a cadet accused of violating the Academy’s honor code has the opportunity to present his or her case before peers and an administrative panel. It’s anintimidating spot to be sure, and the architecture effectively choreographs the personal and professional reckoning involved in the attainment of a rarefied quality such as character. The honor code’s unequivocal directive to not lie, steal, cheat, nor tolerate anyone among the ranks who does, is a revered source of solidarity that binds each successive wing of cadets to those of years past. Yet, after a number of ugly scandals shook the Academy and pitted the honor code against its de facto code of silence, officials decided that the moral compass of its institutional culture was in need of recalibration.

While the CCLD dates back to 1993, plans for its first permanent home were not initiated until 2007 when a competition was held among three SOM offices. Roger Duffy and his team from New York came out on top. They, along with campus architect Duane Boyle, were hesitant to touch the landmarked site; however, the architects needed to make an unambiguous statement. What emerged is an artful study in conflict avoidance, restraint, and strategic power projection. In shaping what is arguably the most controversial component of the center, the architects carefully surveyed the proposed skylight’s relation to the chapel from many key vantage points—so as not to usurp the chapel’s prominence. Further, the designers eschewed the structural muscularity of the chapel in favor of a finely-finished, tapering, triangular truss system of architecturally exposed structural steel confined within a crisp glass enclosure that is fritted across much of its base to keep temperatures down in the forum below.

The interplay of continuity and break unfolds throughout the building’s details. For example, custom handrails are molded into the wood panels in the forum, while blue Murano tile walls are assembled with almost archaeological precision to match those of the original academic buildings. The building itself plugs into the existing campus grid both in plan and section with an array of entrance points from two datums, as well as a hierarchical arrangement of spaces centered on a peninsula in a sunken courtyard that houses the forum and honor boardroom. Modeled in part after the atrium of the Kennedy School of Government at Harvard, the forum is a space both for formal presentations and informal meetings. Flanking it are two banks of glazed breakout rooms loaded with networking technology to facilitate collaborative work on case studies and problem-solving exercises in “applied ethics,” at times under the real-time digital supervision of observers in a media hub. Such networking capacity would not be out of place in a lab setting or business school, but to see it here in service of a humanist program suggests a growing convergence of disciplines under the aegis of performance—an ethos, however, not always compatible with character.

While Netsch’s chapel compels belief through sheer thrust—not unlike the F-4D Phantom that now sits at one corner of the Spirit Hill lawn—the objective for the CCLD is at once more modest, but also more difficult: Character and leadership are qualities both achieved and tested against increasingly novel and intricate situations in combat,
cyber security, and disaster relief, where faith alone is not actionable. Its overture of transparency is a clear gesture, but far from a hollow one in an ongoing process that aims to compensate for long-standing blind spots.

With Polaris Hall, the Academy has gained a building that shares more with the coolly refined performance of the F-22 that may one day grace the Terrazzo or even with the remote reach of a Predator drone than with the blunt instrumentality of the Phantom. One can argue that such sophistication represents only an updated veneer rather than a shift in substance, yet the building suggests that qualities of surface and depth cannot be decoupled without posing serious risks. The mission may evolve, but it also stays the same. Here, SOM delivered an appropriate vehicle for a center tasked, in the ideal, with equipping cadets with the judgement to know how best to wield a level of power that few have ever possessed, and to recognize when to stand down. 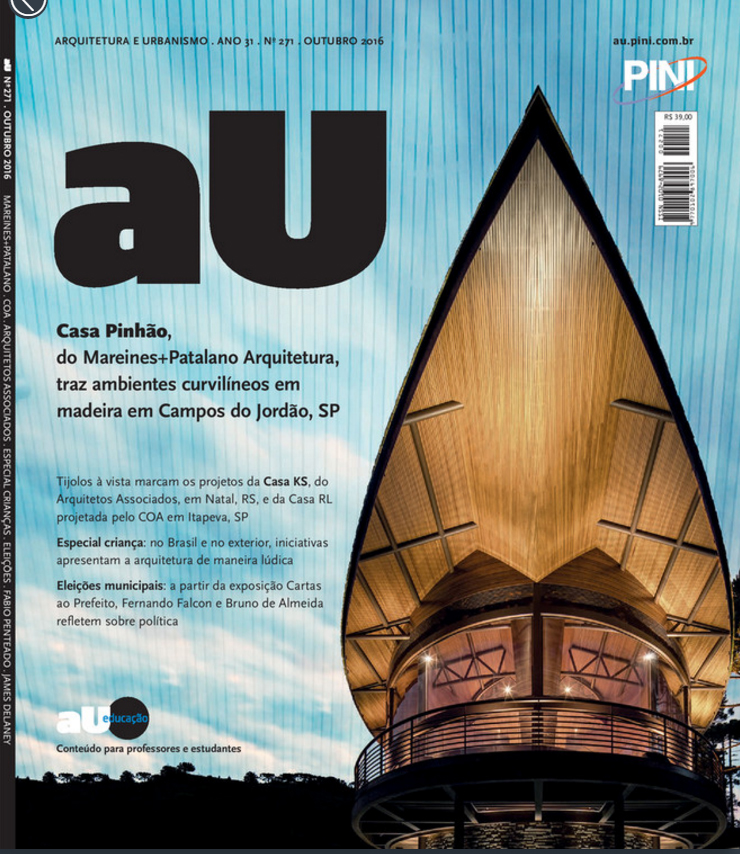